As some of you might have heard already, SAPO is doing a series of talks on interesting subjects and have dubbed such events as SAPO Sessions. As part of my newly acquired job functions, I gave a talk a few weeks ago entitled Javascript Done Right. Although the title is a bit cocky, I did try to share a few concepts that, if taken seriously, can make the web a little better for all of us, the users.

I talked about progressive enhancement [alistapart.com] and how writing unobtrusive javascript can help you enhance your websites without creating barriers for your users, in terms of both usability and acessibility.

If the previous paragraph spiked your interest, then go ahead and watch the video. I do apologize for sounding so arrogant at times, but I hope you bear with me 'til the end.

I know I should have written this post in Portuguese, but I'm not mixing up languages until I have setup a proper language filter on the blog. Either that or a separate blog written in Portuguese... Anyway, moving on.

If you have any questions, suggestions or criticism, don't hesitate to send them my way either on the comments, via email or twitter.

After a year and a half in the making, Streeter made his move!!

The great part of this is that the Prank War is back on!

Watch Prank War 7: The Half Million Dollar Shot on CollegeHumor

BTW, if you haven't seen these guys' original videos, you're so missing out. Best comedy show I've seen online. I recommend the Hardly Working series. ;) 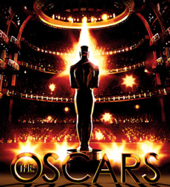 It's that time of the year again. The Oscars are here.

For the past few weeks, I've been making my usual effort to watch the most of the movies that have been nominated this year. Yeah, I know, I'm a sheep. But gladly so.

So, without further ado, here are my predictions:

I couldn't leave out the best movie I've watched in recent years, which, IMHO, deserved the Best Picture award this year: SEVEN POUNDS!!!

What do you think? Any comments? :)

It's right around the corner! Actually, it won't happen again!!! The UNIX timestamp is approaching yet another landmark. It will be 1234567890 seconds counting from midnight 1st January 1970 aka UNIX Epoch!!

And check this out... our good friend Gamboa threw us a webparty! Let's all open our browsers during this historical event and party on!

He has built a countdown timer that will throw a bunch of fireworks when the time comes... and it will log everyone who's viewing any page that includes his tiny javascript counter! He'll publish the list of websites who hosted this timer & respective count of atendees! :)

So here's mine. But there are plenty other websites joining the party!
(if you're reading this in an rss reader, jump on over to the website!)

May this turn-of-page event bring you good fortune on your geeky endeavours!

I write this post with a very heavy heart.

In case you missed this, the fantastic bookmarking service Ma.gnolia has put up a scary warning on their homepage announcing that their platform was brought down due to data corruption and loss.

Hopefuly when you click that link, you'll see the usual Ma.gnolia beautiful homepage... but most likely, you won't.

The fact that the wording on that open letter is so careful not to commit to any date or feed any hope of total recovery, outright scares me. It's like they're preparing us for the worst...

The problem is... I've grown to love ma.gnolia. That's right, love. I've never liked del.icio.us. It demo-ed the social power of the web, but it was fugly and messy from the start! When I started using a website to store my bookmarks, I fell for Ma.gnolia. Few other websites made me feel as warm inside, just by using them. Not only they had a better experience, but they've always been more than open to new trends and technologies (openid, eaut, microformats, etc.) but they also treated the users very warmly. Something I never saw from del.icio.us/Yahoo!.

So it's not surprising that I feel something very close to what you feel when you lose a harddrive with very important data, because in the end, the result is pretty much the same. Loss of data.

I'm refraining from hoping there will be a full recovery just so I won't be disappointed. I actually have a theory that involves sql injections and a loose policy on backups, but... we'll leave that for some other time.

The good news is that since I setup my lifestream to republish my ma.gnolia bookmarks, I managed to salvage 263 bookmarks. The oldest of them is from August 2007. Not that bad.

Whatever comes out of this fiasco, it has certainly taught me a valuable lesson. Treat the data you put up in the cloud as you would treat an external drive. Back up (*insert new bookmarking website*) to del.icio.us and SAPO Links. Keep a local copy of all the Flickr photos and upload a copy to Photobucket and smugmug.

Of course I'm not gonna do this overnight, that's why services like tarpipe are very well positioned to bring this to the average user with the least amount of effort. All I have to do is create workflows that put my content on more than one place. If Amazon, Yahoo! and SAPO all fail at the exact same time... we're probably being invaded by Aliens or something, so losing your online content might be the smallest of your problems.

Alcides reminded me to include a few examples of workflows that could achieve this. Here they are.